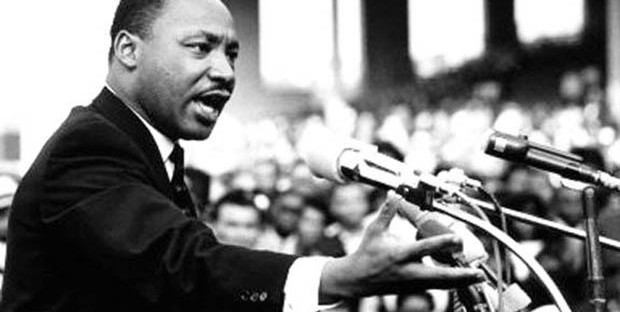 A U.S. federal holiday since 1986, we honor Martin Luther King Jr. and his accomplishments in the fight for human rights and equality for African Americans every year.

Martin Luther King Jr. was a social activist and Baptist minister who played a major role in the American civil rights movement. From the mid-1950s until his assassination in 1968. During that time, he was was a key activist behind the Montgomery Bus Boycott and the 1963 March on Washington, helping bring to life landmark pieces of legislation suck as the Civil Rights Act and the Voting Rights Act. In 1964, he was awarded the Nobel Peace Prize.

Today, in honor of all of his accomplishments and in an effort to ensure that his legacy endures, I thought I’d share some of my most favorite inspiration quotes.

6. “Only in the darkness can you see the stars.”
7. “Let no man pull you low enough to hate him.”
8. “The quality, not the longevity, of one’s life is what’s important.”
9. “Nothing in all the world is more dangerous than sincere ignorance and conscientious stupidity.”
10. “Take the first step in faith. You don’t have to see that whole staircase, just take the first step.”

11. “An individual has not started living until he can rise above the narrow confines of his individualistic concerns to the broader concerns of all humanity.”
12. “He who passively accepts evil is as much involved in it as he who helps to perpetrate it. he who accepts evil without protesting against it is really cooperating with it.”
13. “The ultimate tragedy is not the oppression and cruelty by the bad people but the silence over that by the good people.”
14. “Love is the only force capable of transforming an enemy into a friend.”
15. “We must learn to live together as brothers or perish together as fools.”

Night Fae 💙💜💙💜
😍😍😍😍 #razer #razerkraken #razerchroma
#makeup #motd #makeupaddict #makeupbyme💄💋 #lotd💋💄 #lotd #beautygram #beauty #beautyobsessed #instabeauty #Maybelline #nyxcosmetics #blackmooncosmetics #anastasiabeverlyhills #shanycosmetics
I'm not exactly sure what I was going for here, but I like it.
➡️ Foundation: @maybelline Dream Radiant Liquid in Ivory Beige
A Place To Learn About Making Money Online & Get The Tools To Do So....
Best Travel Tips

articles and news from around the World

The Weekly Dose of Wisdom