This week’s motivation comes from my previous post. Being told you’re too old, too thin, too fat, too whatever is not a reason to stop being who you are nor it is a reason to stop doing what makes you happy. Do you for you without worrying about the opinions of others. At the end of the day, you’re the only one responsible for your happiness. 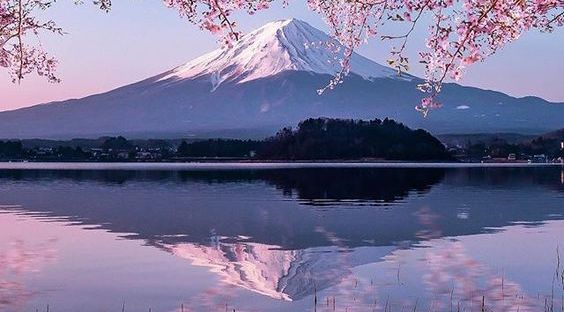 Finally! I am over the six-weeks postpartum hump! Honestly, I have been waiting for this day since the day that I was admitted to the hospital to have my little girl. I am thrilled to have her, but I am also thrilled to have my body back to myself. Being beyond six-weeks postpartum, I am officially cleared to start getting myself back in shape. Since there are no more babies in my future, that also means it is the best possible time in my life to start working on improving my health and fitness.

This week’s motivation is dedicated to the beginning of a new journey:

Getting into the best shape of my life!

We’ve all heard the saying numerous times throughout our lives. “You need to fall in love with yourself first.” But how many of you actually do? If you don’t, you definitely need to start. Here’s why!

When you actually put yourself first, when you genuinely love yourself, you’re ultimately a happier person. Think about it. When you are tired, you don’t think anywhere near as clearly and you’re more prone to becoming irritated over even the smallest things. Rest up and schedule some “me” time to recharge. Everyone around you will thank you.

2. You will see an improvement at work.

When you go to work tired, you’ll find that tasks take longer and you feel overwhelmed most of the day. A well-rested mind and body functions better making it take less time to accomplish tasks because you’re thinking more clearly and moving faster. Get adequate sleep, eat well, and take time outside of work to prioritize yourself.

3. Your mental health will improve.

This is something that has been major for me over the past year. I have spent so much time over the past decade neglecting myself because, having a family of my own, I felt as though it was selfish to do much of anything for myself. My hair and skin suffered, I gained weight, and I ended up being 30 years old owning literally the exact same clothes I bought when I was 18 and nothing else. As a result, I felt awful about myself. I was extremely unhappy because I was doing absolutely nothing for me. Over the past year, I’ve really started putting myself first. After all, if I don’t, who will? If I don’t love myself, who will? I noticed that I felt better and better about myself and my overall mental well-being improved tremendously. These days, I make time for myself on a regular basis, even if it’s just to sit in the tub for an hour and clear my head after a long day.

My anxiety and depression still get to me occasionally, the anxiety being more prominent than anything else, but it isn’t nearly to the degree that it use to be. During those times, I remind myself to take what my daughter’s teacher refers to as a “brain break” and give myself a few moments to just breathe and take time for me. Love yourself. It is the very best thing that you can do for yourself and for those around you.

The year is coming to a close and, as we approach a brand new one full of opportunities and fresh starts, I felt like I’d share some of my own lessons from the last 365 days. It has been a great year for me. I’ve learned so much about myself and about life.

The first, and this is a major one for me, is that allowing mental illness to consume you isn’t a way of coping or growing. In late 2017 and early 2018, my struggle with depression was at its very worst. I had been going through the world’s longest breakup and it was consuming me. I felt like it would never end. The relationship had been over for a good couple of years, but he just wouldn’t fully let go and still hasn’t. To make matters worse, I didn’t know I had the strength to finally stop opening the door or answering the phone. I allowed him to keep treating me like a yo-yo, so my lack of self-worth at that point was largely my own fault. I gave in to depression and self-harm as though they were this magical, super-safe security blanket. They definitely weren’t. I’d self-harm because I wanted a way to release some of the pain and then I’d end up feeling worse than before because of the marks left behind from a temporary lapse in judgment. I did it over and over. Eventually, I started opening up about everything, self-harm, the awfulness of the never-ending bad break-up, all of it, to the guy I’m with now and my friends. It took a while to see it, but I found that opening up to them and not isolating myself made me feel better. I am now going into my tenth month without self-harming.

The second is that it is entirely possible to be in your 30s and not actually know how to love someone. If your idea of loving someone is constantly controlling their emotions or actions, you don’t love them; you love controlling another human being. No one is bulletproof. When you incessantly belittle someone or control everything they do by either denying your permission to do it or by guilt-tripping them into not doing, you’re hurting them. Don’t confuse things by making them feel like nothing and then coming back around with an “I love you” and an apology an hour later. They aren’t your puppet and that’s not love. If that’s how you show someone you love them, you don’t know the first damn thing about love. Love should not hurt and it should not be a constant battle. Tristin taught me that. In the past year, he has shown me nothing but kindness, patience, and understanding. He does not ever raise his voice at me and he never makes any attempt to belittle me or make me feel bad about myself. He was one of my biggest lessons this year. He showed me what real love is and that taught me how to love myself.

The third was to keep my circle small and tight. You will meet so many people in life and so many of them will call you a friend. On some level, they might be, but that does not ever mean that all of them should really know everything there is to know about you. When it comes to friends, there are those who are by your side through thick and thin, those who are only there during your good moments, and those who are only there for something to talk about with everyone else they know. Your inner circle should only ever be the ones who are always there for you. Those amazing people are the only people who should ever really know your deepest secrets. Not everyone should know everything and not everyone belongs in your inner circle. Keep it small and tight.

I’ve grown a lot over the past year and still have quite a bit left to go, but I’m getting there. What are your lessons from the past year? How have you experienced personal growth?